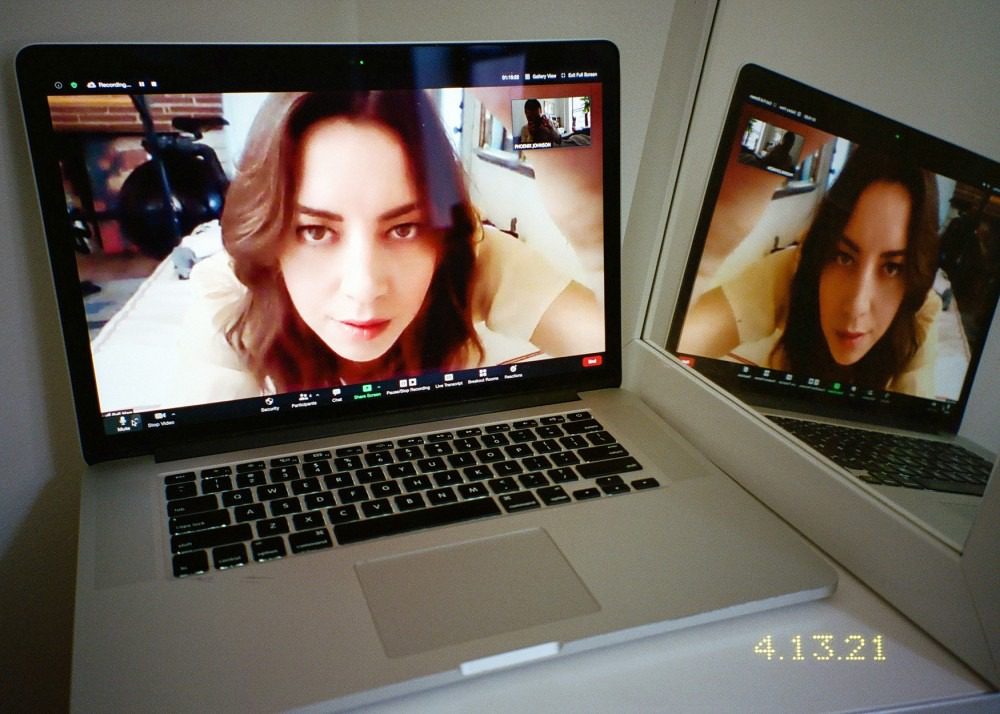 Need your Aubrey Plaza fix? MUBI are offering an incredible three months of cinema to all FACE readers for just £1. Click here to watch BLACK BEAR — available on MUBI in the UK and Ireland — and claim your special offer. You lucky devil you.

For the meat of her career, Aubrey Plaza has been famed for her off-kilter deadpan persona. When she wasn’t delivering deliciously dark performances in Parks and Recreation and Ingrid Goes West, she was making toes curl with her erratic, anxious talk show appearances. Even when she joins our Zoom chat, it’s her online alias ​“Evil Hag” that flashes up on the screen instead of her real name.

Yet over the past year, 36-year-old Plaza has finally let the world see her for who she really is. Over Christmas, she charmed audiences in queer romance Happiest Season, as one-third of the only Kristen Stewart love triangle that matters (go home Edward and Jacob). So enigmatic was Plaza that filmmaker Clea DuVall had to publicly defend the decision of Stewart going with the other girl.

“I felt bad about that,” she laughs from her home in Los Angeles, while her rescue dog, Stevie, pants loudly on the bed. ​“When we first spoke about me playing the role, I joked that the audience would want Riley to end up with [Stewart’s] Abby and then it actually happened. I guess you just can’t deny good chemistry.”

Today, she’s promoting her passion project Black Bear, a spiralling psychological drama. Plaza plays Allison, an elusive indie filmmaker in one act and a film star who’s married to her emotionally abusive director (Christopher Abbott) in the other. It’s a raw and vulnerable performance from Plaza, for a part that was written with her in mind. She even collaborated with writer-director Lawrence Michael Levine on the script.

“There’s a moment when a character tells me that I’m really hard to read,” she recalls. ​“Larry actually said that to me in real life. He had this idea of who I was based on the characters I played, but when we really got to know each other, he was surprised by how sensitive and unsarcastic I actually am.” 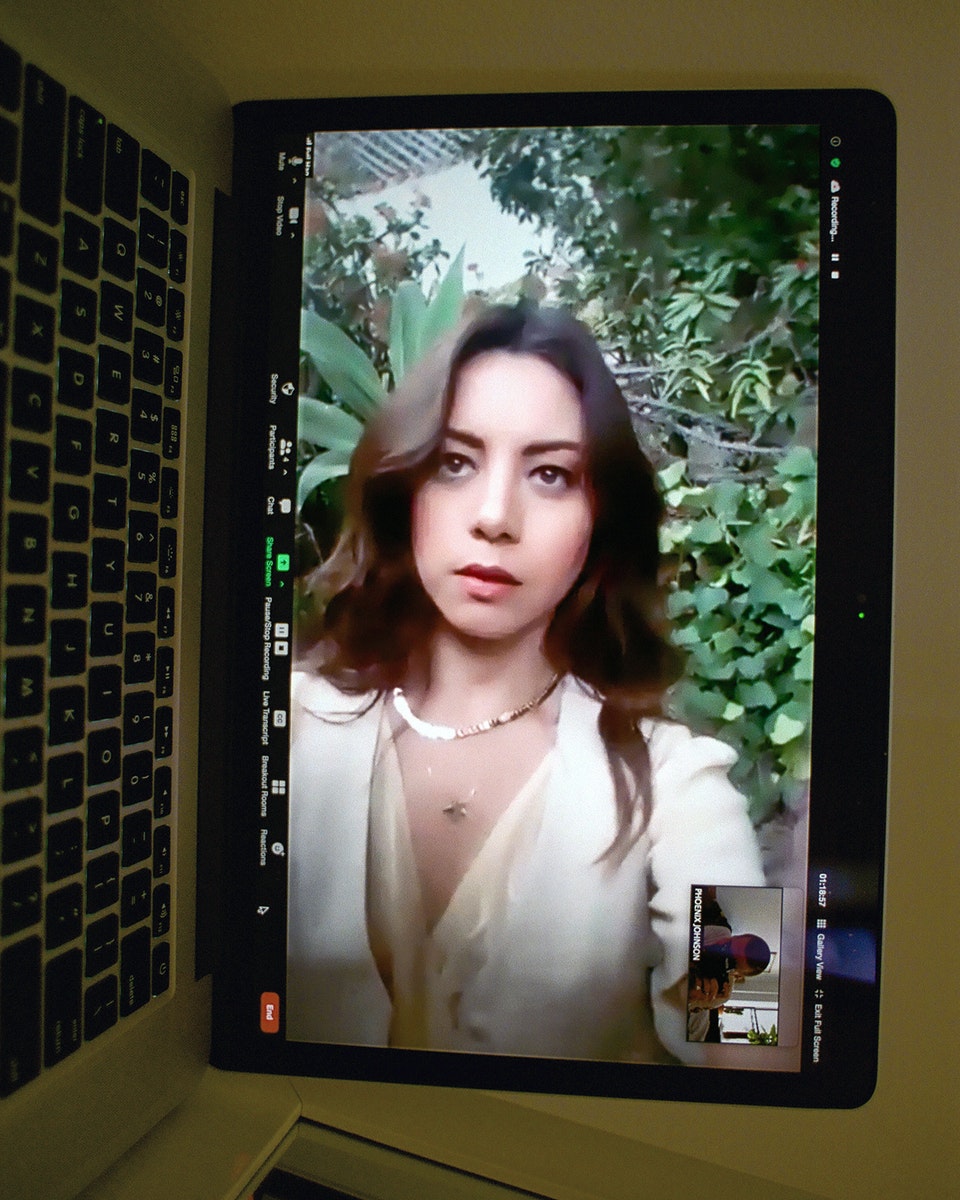 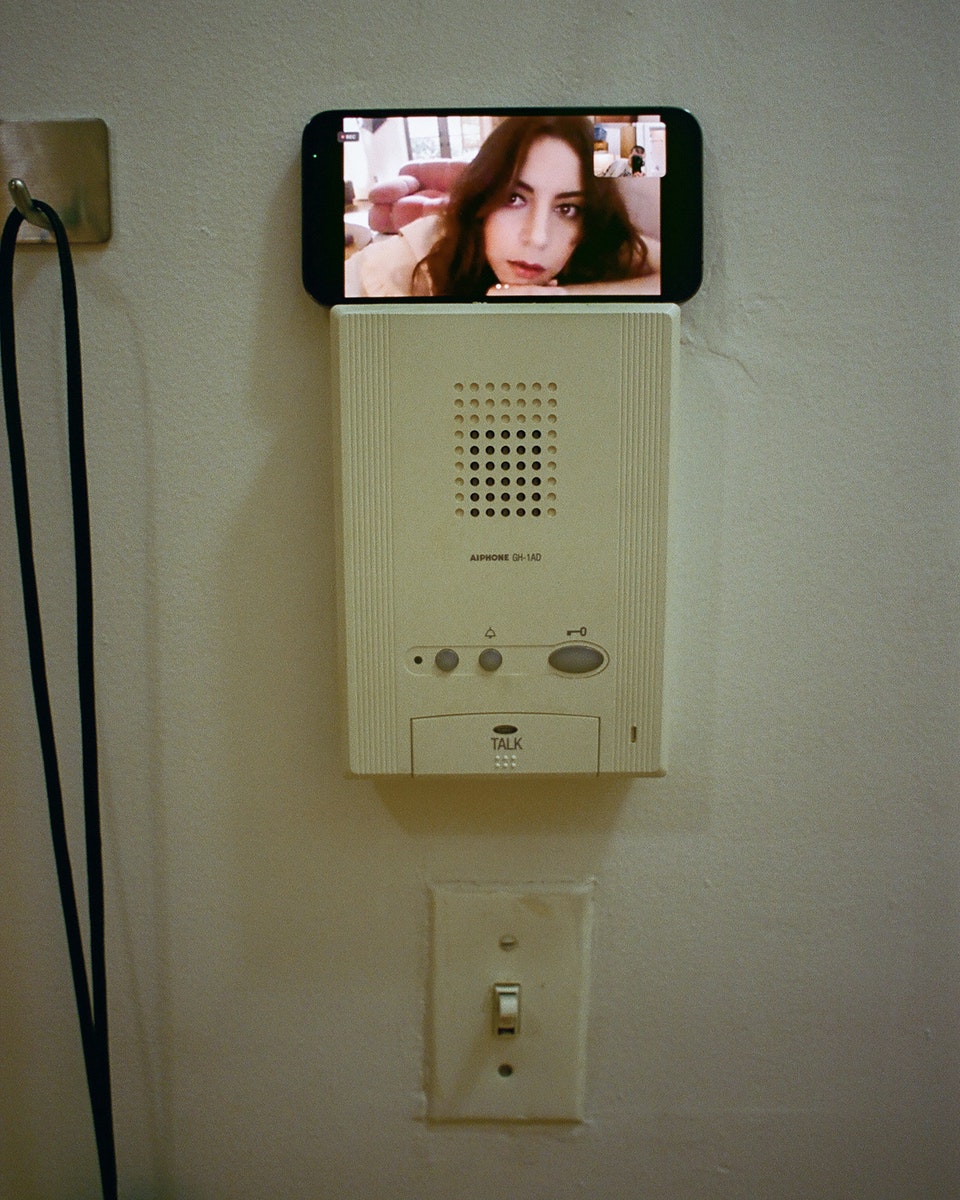 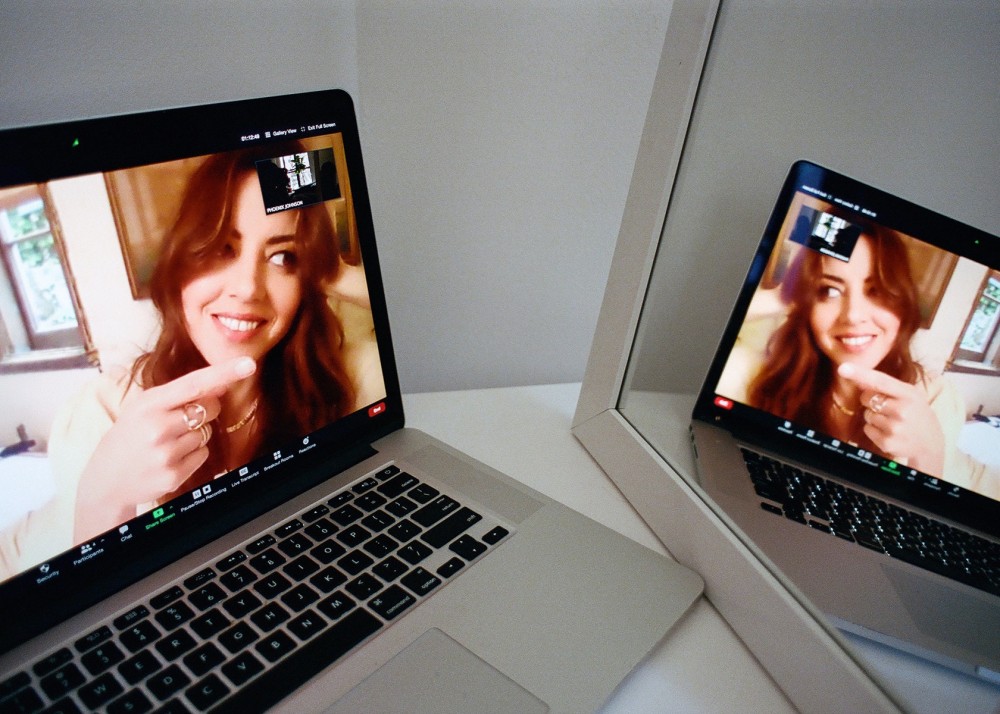 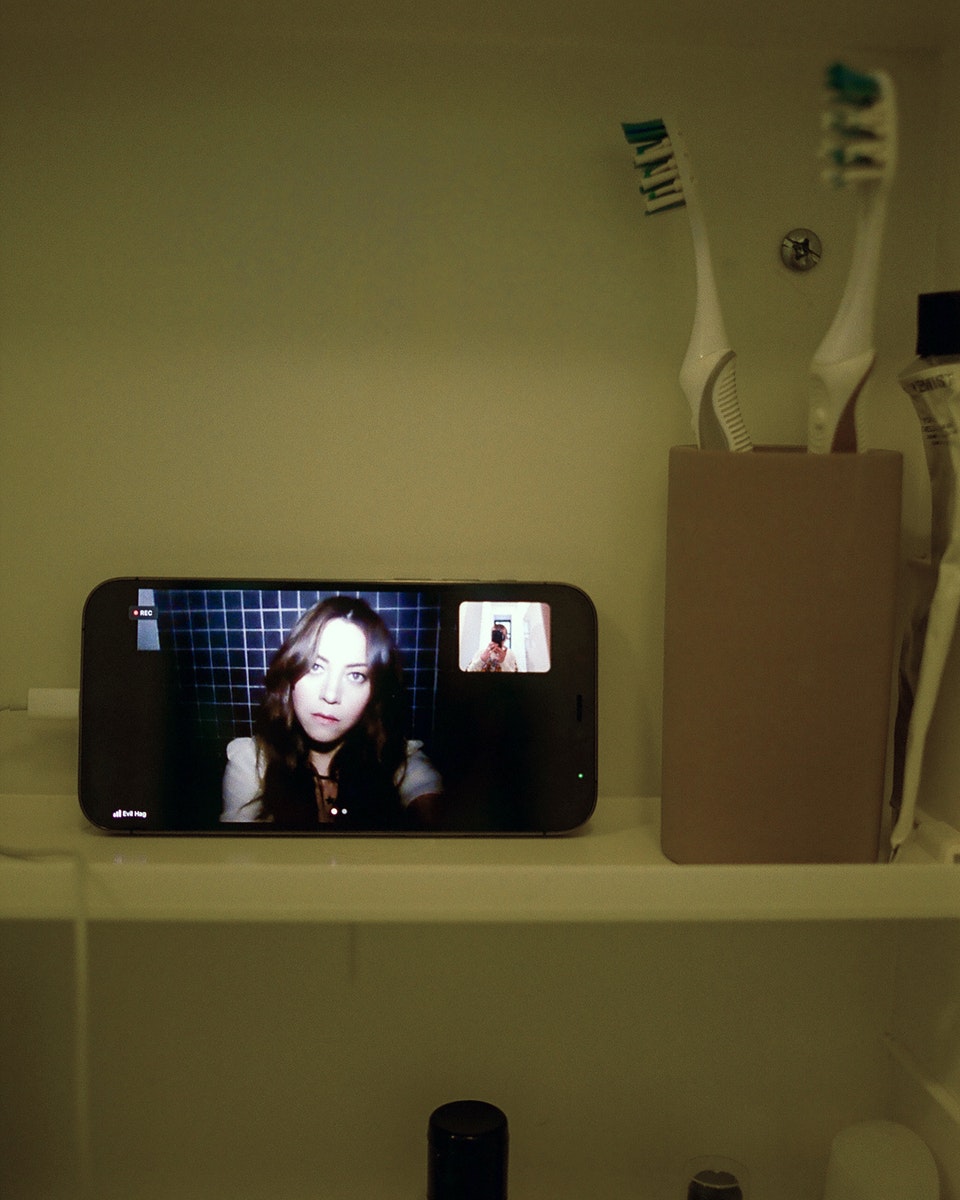 Plaza found it easy to step into this deconstructed idea of herself, but nothing could prepare her for the ​“down and dirty” shoot itself, which was crammed into 19 days and filmed only at night. ​“It was horrifying,” she remembers. ​“We didn’t have a lot of money and were shooting in some remote woods, which presents a lot of chaos and drama. There was blood and tears.”

Black Bear​’s searing interrogation of abuse at the hands of the male-centric film industry motivated her. ​“There has been a romanticised history of women being manipulated and emotionally tortured for their performances by these mad men or genius auteurs,” she says. ​“I have older friends who are iconic actresses. They tell you stories about movies they were in – movies you love so much – and they were suffering the entire time. You have to ask: is it worth it? No.”

Female role models have been dominant in Plaza’s life since her childhood, when she would bond with her mum over Saturday Night Live and stand-ups at home in Delaware. ​“Rosie O’Donnell was very important to me. I was 12 when I read her autobiography,” she says. Although she fondly refers to herself as ​“the kid who would listen to Judy Garland” growing up, her tastes have reluctantly caught up with the modern-day. ​“Anything Lana Del Rey puts out I’m here for. I’m an ultra-fan, which I don’t actually think I’ve said out loud before.”

This past year has also seen Plaza become more visible in the political sphere, as the staunch Democrat used her public platform to encourage people to vote in the 2020 election. She even reunited with her Parks and Rec castmates to endorse fellow Delaware native Joe Biden. ​“America, to me, feels like a college student,” she says of her country today. ​“It has moments of brilliance, but there is still a lot of work to be done.” For Plaza, that work begins with tearing down systemic racism. ​“I’m half Puerto Rican and from a family of immigrants,” she explains. ​“There’s a lack of representation when it comes to the Latino community that is a very, very big problem to me.”

It becomes apparent throughout the interview that Plaza’s new visibility is linked with a mission to invoke change. Tired of seeing the same stories about female relationships being retold, she wants to move into filmmaking herself in order to bring some fresh perspectives to the screen. As for her acting, Plaza hopes that the characters she embodies do more than simply entertain.

“Movies affect me so much because they hold a mirror up to your own struggles,” she says. ​“What I like about acting is that it feels like a way to connect with the rest of the world. It’s a way to help people with their own problems.”

Black Bear is out now in UK and Ireland, streaming exclusively on MUBI

Click here to get three months of MUBI for £1 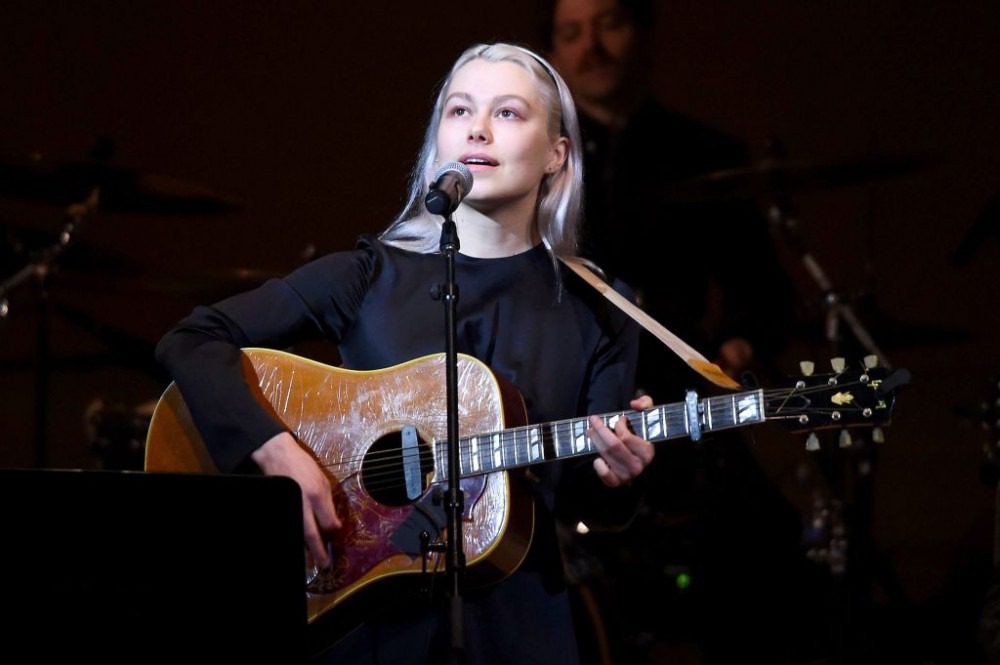 Last month, Phoebe Bridgers announced her fall 2021 tour, set to start at the end of next week, and 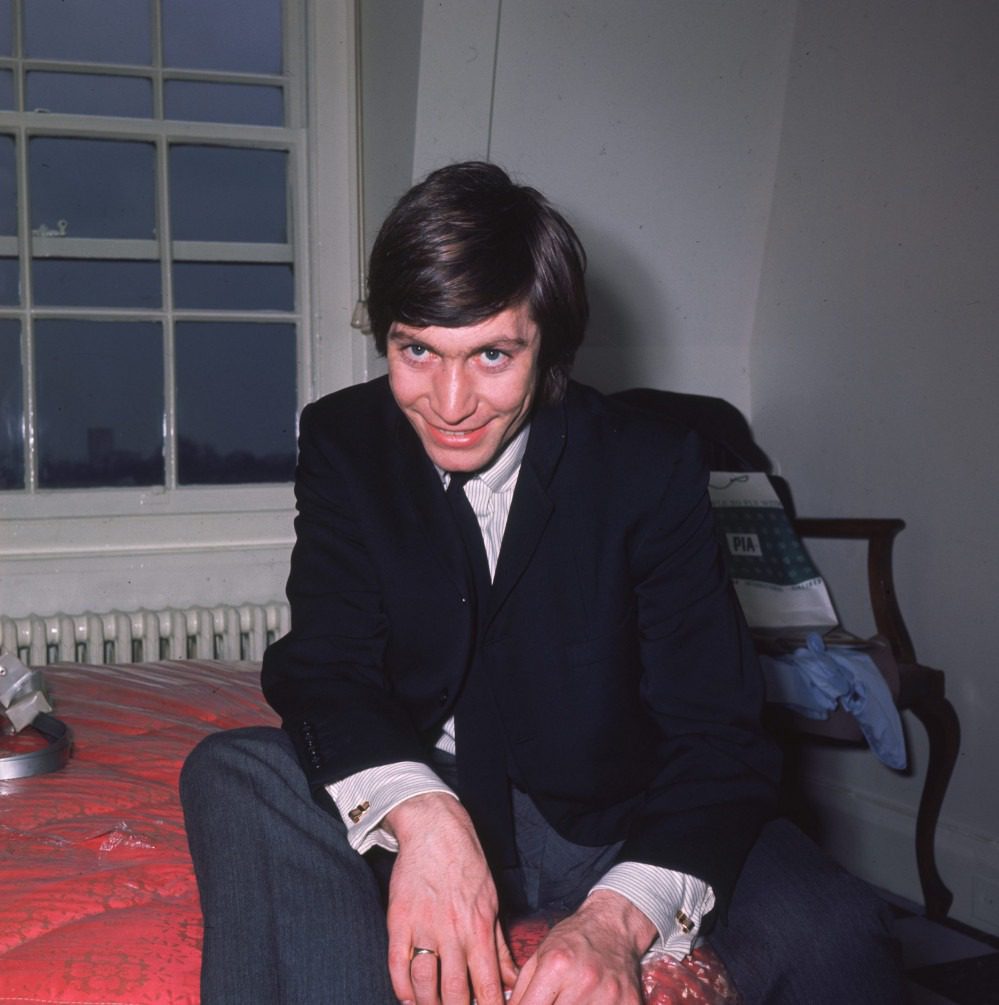 Charlie Watts has died. Watts, the drummer for the Rolling Stones since 1963, had been planning to s 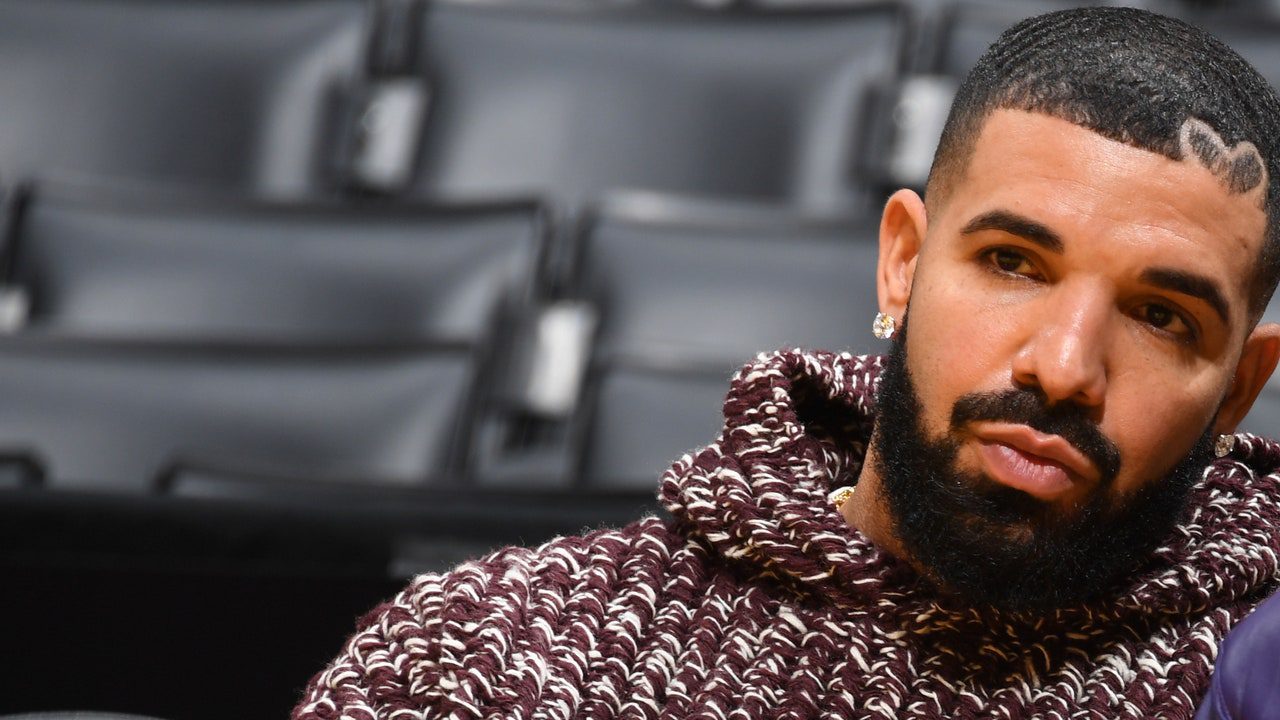 Drake might finally be releasing his long-teased album Certified Lover Boy next week. A cryptic clip