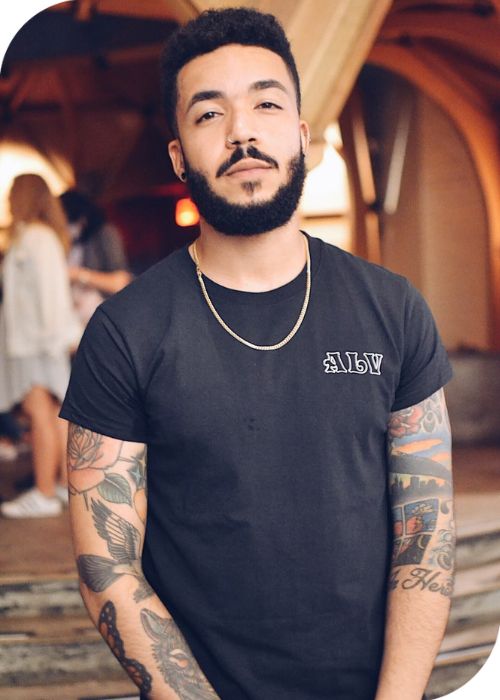 In-Depth Interview With Frandie, A Talent You Should Keep An Eye On

Frandie is a truly unique artist, Booklyn born with Dominican roots. His latest drop “Slowly” has captivated thousands of listeners. A notable collab with A. Slay and N-amouR, “Slowly” has a sweet charm and paints a picture of a couple just getting to know each other. When things are fun and easy, Frandie says “let’s take it slowly”! We’ve had the pleasure of interviewing Frandie about his music career and so much more, so get comfy in your seat and enjoy the read!

Firstly, I want to say that you’ve nailed it with your most recent single“Slowly!” As  you’ve previously mentioned, this track shows a more confident Frandie. What  triggered this change? What helped you evolve and grow to become a more self assured artist?

Thank you! I hope my answer isn’t too cliche, but really the difference  maker has been the time I’ve put in. Sometimes the fear of failing or not being “good  enough” prevents us from even starting, but the only way to get better is to actually  DO it, you know? So yeah, I’ve failed a lot, and learned from it and came back  stronger and wiser and I think that’s what leads to me being more confident as an  artist than when I first started.

Let’s talk about “Twosday!” How is the process going? What are your plans with  the project? Will you be sharing any unheard songs from that collection?

The  process is going well! I’m currently working on the bonus tracks, which will be

reimagined versions of some of the Twosday tracks. That’s been a fun challenge  because I have to think outside the box and approach my own songs from a different  angle. Really, my goal is to take this collection of songs and expose it to possible new  fans. I have a TON of new music ready to go, but I feel like the “Twosday” volumes  didn’t get their due just yet (laughs). So there’ll be familiar songs for my current fans,  as well as some new versions of those songs that I am really excited to share. All in one  convenient album!

Are you preparing to release any new music videos? For which singles in particular?  Should we expect new material any time soon?

Yes, actually! I wanted to keep it a  surprise but since you asked, I’m pretty sure “Dreams” is going to be my next single.  It’s a song that I’m really proud of, and that has a message I think people can really  relate to. Plus, I have lots of cool visual ideas for it that I’m looking forward to  executing. As for new material, all I’ll say is yes. There’ll be a little surprise soon.

I’ve heard you say time and time again that you’re “Big on Love.” Can you give a  concrete example of how you’ve incorporated heartbreak into your songs? Is it  easier to write songs with sad stories or happy ones?

Great question! Yeah, I mean,  my whole music career started from heartache (laughs). It’s not funny, but it’s ironic.  I would think of things that had hurt me, like an ex treating me like a stranger, and then it would just click, like “this is a song”. That’s exactly how I wrote “Stranger  Things”. I came across an ex of mine who acted like she didn’t know me when she  saw me and boom. The song wrote itself. For me, personally, I’m more partial to my  songs that come from heartbreak. There’s just something so moving about distilling  those emotions into sound. However, I’m really trying to change that mentality  because I don’t want to create from a place of pain all the time. It’s no way to live. As  good as the songs are, there are other songs of mine that fans really enjoy like  “Mario Andretti” or “Dead or Alive” that come from a place of confidence. So I think  there’s something to be said for both the happy and sad songs. I’m trying to find a  better balance between them.

Do you compare yourself with other artists? Has there been a time that you’ve felt  like you need to try harder?

Hmm, well I definitely try not to compare myself  because I think everyone has their own strengths and weaknesses. But honestly, it’s  only human, right? We look at our peers and their progress and sometimes use it as  a metric for what’s possible for ourselves. If there’s a way I compare myself, it’s in  that sense. As for feeling like I need to try harder, yeah, every single day (laughs).  Lately I’ve been focused a lot on the concept of balance in all areas of my life. So  while I often feel guilty for not going even HARDER, I also take time to take stock of  what I’ve accomplished and how far I’ve come.

You’ve been in the industry for almost 7 years. It’s a tough world and you  constantly need to be on your toes to be heard and seen! Have you ever felt like  giving up and walking away? What do you do to remind yourself to be more  assertive and trust your choices?

Oh yeah, for sure. Anyone who’s in the music  business and says they haven’t thought about giving up is lying! It would be so much  simpler if I could just give up and let it go but the truth is, I can’t. I’ve been making  music for as long as I remember. It’s just who I am. If I stopped pursuing it as a career,  I’d still be making music for myself anyway so why give up? That’s where resilience  and discipline come in. Just gotta keep pushing. I often look back and reflect on the  days I dreamt of doing what I do now, and that’s what allows me to trust my choices.  Things always work out how they’re supposed to, and all I can do is try my best.

What piece of advice has changed your life for the better?

Oooo, there are a few!  But musically, my old producer once told me that if I keep striving for perfection I was  never going to release anything. The potential that I saw in a song lived solely in my  head, and there was no way releasing something would disappoint people if they didn’t know what it “possibly could’ve been”. That took a huge load of pressure off of  me, where I felt like I just had to be confident in a song and if I gave 100% of my  ability at the time, it’s ready to be put out into the world.

Do you prefer being on stage or in a recording studio? What do you think matters  the most while performing in front of a large audience? Would you like to play at  grand ceremonies or do you prefer smaller crowds that you can connect with?

It’s hard for me to compare performing and recording. My recording and production

processes are very intimate. I usually do everything myself, or with a very small team  of fellow artists, producers, or engineers that I trust. Performing is a different beast,  because there are so many more factors to consider. Engaging with the crowd is a big  one for me. I love getting people to sing my hooks back to me, or calling on people in  the crowd to participate. Once you’re doing that, it’s not as intimate or personal as  recording is, even if it’s a smaller crowd. I like them both equally, but for different  reasons. Show days are super fun though, I’m not gonna lie (laughs). As for crowd  size, I don’t really have a preference but it definitely affects how I approach my  performance. Can’t really have those “up close and personal” moments at huge  shows, which I love. Alright so, maybe smaller crowds.

Another great question! My favorite song to perform has to be “50/50”. The verse in  Spanish always gets the crowd hyped, even if they don’t know what I’m saying!  “Stranger Things” gets an honorable mention though. It’s my first single ever, and I  still perform it at every show. Singing the hook along with the crowd is a great  feeling. My favorite song to listen to would have to be “El Espejo”. I put so much of  my emotions into it, as I was living what I was writing about, and I also feel like I took  my production up a notch with that song. Very proud of it.

What are some of the biggest challenges you’ve had to overcome during your  music career?

There have been many! But I would say the biggest one was having to  start a solo music career. For a long time I doubted myself and my abilities. I tried to  surround myself with other musicians or artists to kind of mask that. That’s why I was  always trying to start a band. There came a point where I realized I had to take the  ball and run with it myself, because I had all the necessary tools, I just had to DO it. It  was a process though. It took me a long time to find myself as an artist. What my  voice was, what kinds of things I wanted to say. It’s hard to build something from the  ground up, but that’s also what makes me so proud of where I am. It’s not easy, but  it’s worth it. 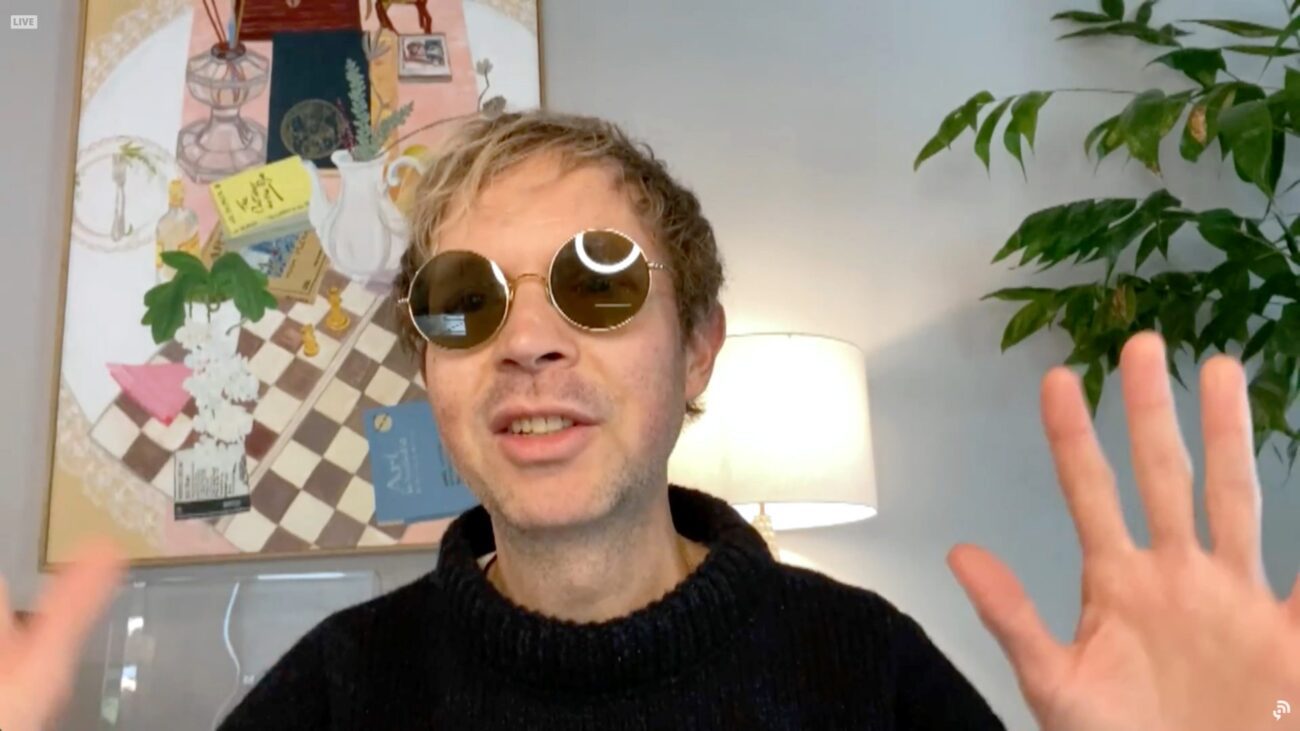 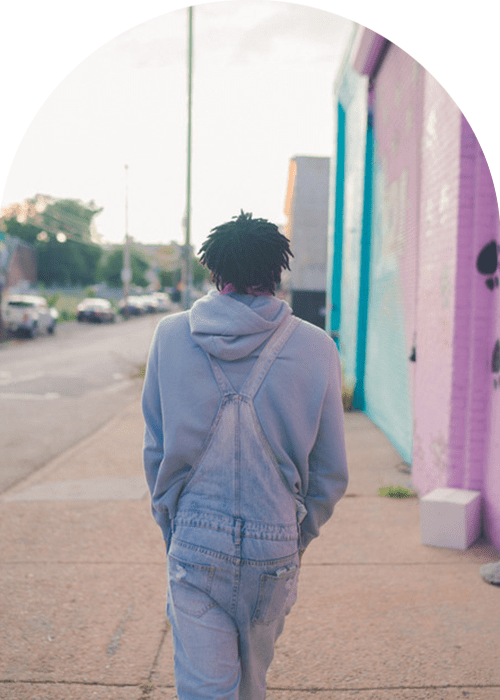